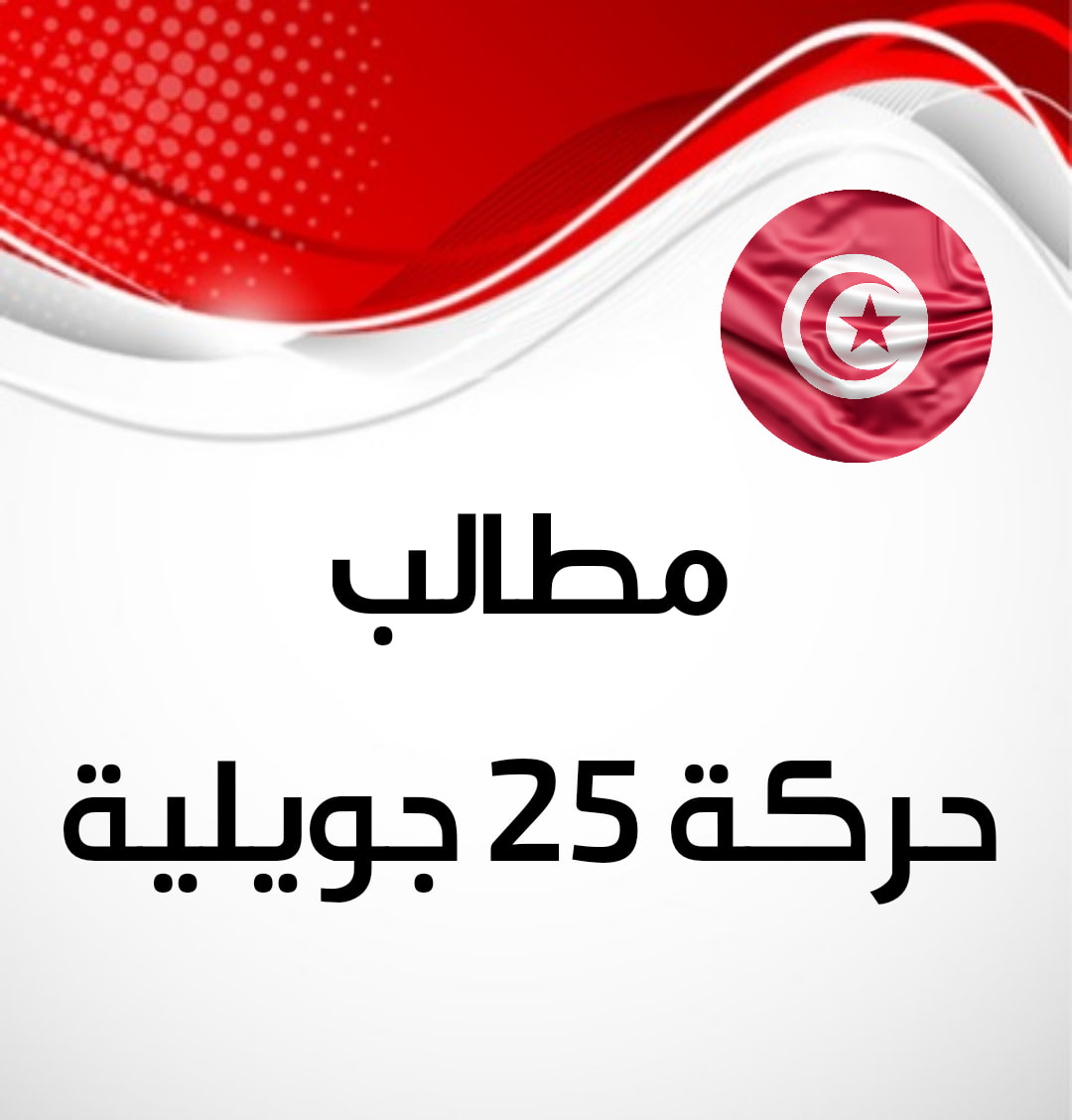 The “July 25 Movement” has issued on its official page all of its demands, particularly:

Remember that people against the compensation of the Nahdhouis created a group on Facebook and declared that protests will take place on July 25 on the occasion of Republic Day.