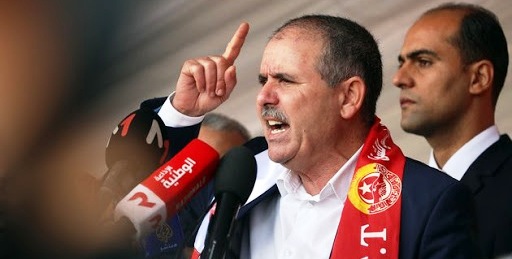 Secretary-General of the Tunisian General Labour Union (UGTT) Noureddine Taboubi asserted, in a speech on the occasion of the national assembly of the central, that “all the pointers indicate that we are in front of powerful centres directed by forces hostile to progress and reform, lobbies of corruption, smuggling barons, terrorist groups and outside forces who move their agents to serve their interests ”.

Taboubi added on Monday that the worst thing is that these forces are striving to strike the achievements of the national state, above which is the civilization of the state, its unity, the unity of its national territory, its sovereignty, its societal achievements, the person status code, public education and training, the public health system, businesses and public establishments, all of which have become threatened by the forces of backward pull.

Tunisia-Samir Dilou: “There is doubt towards 4 names leaked from Mechichi government”
Tunisia-Samia Abbou [video]: A government of competences would be contrary to the spirit of the constitution
To Top