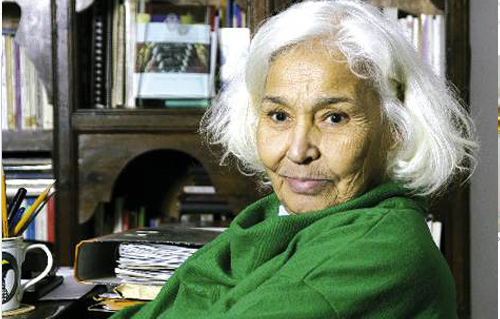 El Saadawi was taught at Cairo University (M.D., 1955), Columbia University in New York (M.P.H., 1966), and ʿAyn Shams University in Cairo (where she completed psychiatric research in 1972–74). In 1955–65 she served as a physician at Cairo University and in the Egyptian ministry of health, and in 1966 she became the director-general of the health education department within the ministry.

She quickly climbed to prominence for her writing and political activities, earning her the title of the ‘Simone de Beauvoir of the Middle East’ with her most famed books being ‘Woman at Point Zero’, ‘God Dies by the Nile’ and ‘The Hidden Face of Eve’

She is the founder and president of the Arab Women’s Solidarity Association and co-founder of the Arab Association for Human Rights. She has been awarded honorary degrees on three continents.