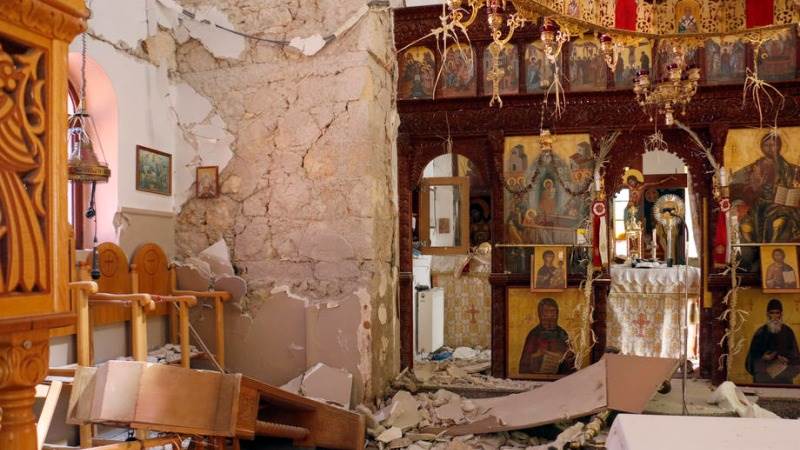 A series of earthquakes with the strongest one measured at a 5.3-magnitude hit Crete on Tuesday morning, following the destructive Monday morning earthquake, originally reported to be of a 6.1-magnitude, and now estimated as a 5.8 on the Richter scale, according to the United States Geological Survey.

It has been confirmed by the local officials that the first earthquake resulted in the death of one man, and injured at least nine people.