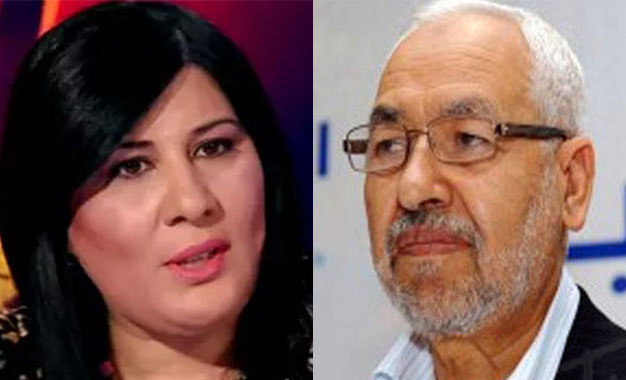 Speaking to Mosaique FM, President of the Free Destourien Party Abir Moussi said that she admitted to the interruption of what she viewed as  Rashid Ghannouchi’s plans to implement the Brotherhood’s agendas Tunisia , the parliament and the Libyan file, as well as his plan to seize the powers of the President of the Republic and pass Turkish agreements.

Moussi called on the Public Prosecution Office to open all the cases, especially the one filed by the PDL  against Ghannouchi saying, “In the era of the Sheikh of the Muslim Brotherhood, this is what happening in Parliament … We want the prosecution to act and the response will be with the argument and the evidence before the court .. I disrupted his  plan to betray Parliament and seize control over the powers of the Presidency of the Republic and in passing the agreements of Turkey and Qatar and the Constitutional Court in which the Al-Qaradawi Union is to be degraded .. I admit .. I disrupted these plans, even if this is a crime, executed me .. ‘