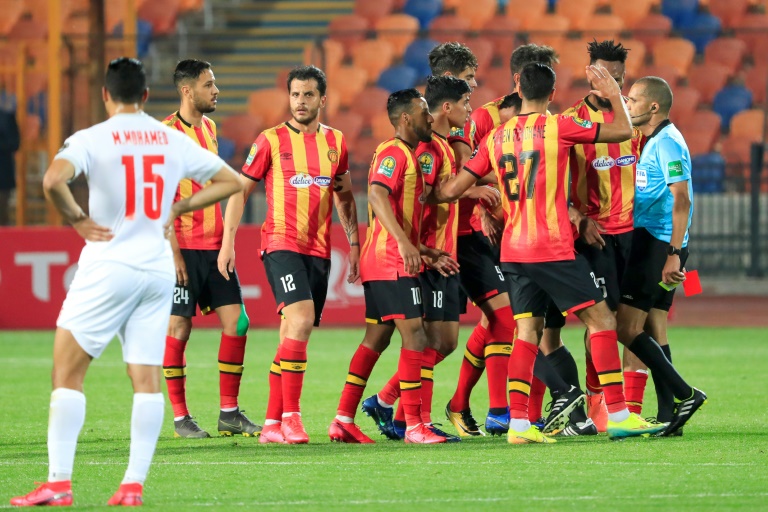 The Confederation of African Football (CAF) has announced a series of sanctions against Tunisian giants Esperance following players and officials behavior against the referee of the game against Zamalek in the first leg of the CAF Champions League quarterfinals last weekend.

The CAF Disciplinary Board said  in a statement that they decided to suspend Esperance head coach Mouine Chaabani for four games and fined of 20.000 USD for aggressive behaviour and use of offensive words at the match officials.

The CAF also suspended Esperance deputy coach Mejdi Traoui for four games and fined him 50.000 USD for aggressive behaviour towards the match officials, use of offensive language and threats.

“Six-match suspension imposed on Esperance # 12 Khalil Chamam and fine of 40.000 USD for use of offensive words and spitting on the match officials.” The CAF added in the statement.

“Four-match suspensions imposed on Esperance #18 Abderaouf Benguit and fine of 20.000 USD for use of offensive language at the match officials,” according to the statement.

“Fine of 10.000 USD for the use of flares by Esperance supporters.” The statement concluded.