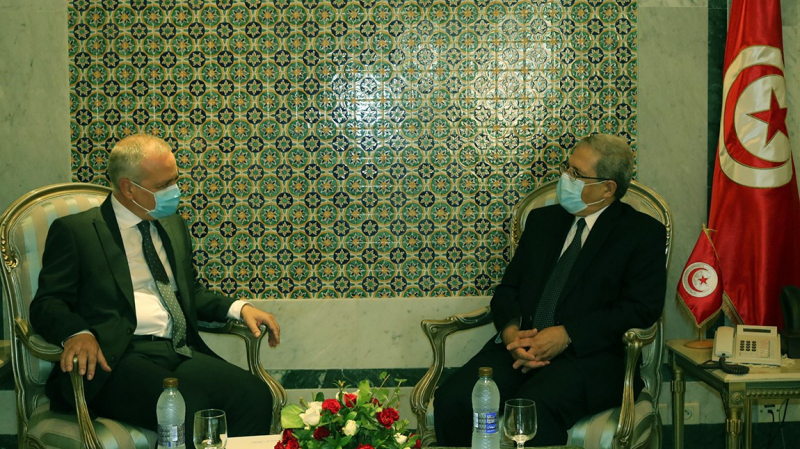 The Minister of Foreign Affairs, Migration and Tunisians Abroad, Othman Jerandi, received, on Monday, at the headquarters of the department, the new Ambassador of the Republic of Malta, Simon Pullicino, who gave him a copy of his credentials.
according to a press release, the interview focused on ways to strengthen Tunisian-Maltese relations in all areas as well as the situation in the Mediterranean region.
The two parties agreed to do everything in their power to find a solution to the Libyan crisis and give full attention to the issues of migration and development in the southern shore of the Mediterranean within the framework of a global vision aimed at establishing stability in this region.
According to the same press release, the interview also made it possible to discuss the preparations made in anticipation of the next deadlines at the bilateral and multilateral levels.
Among these deadlines, the state visit that the President of Malta, George Vella will make to Tunisia in 2021 and the activation of resolution 66/63 of the United Nations General Assembly on strengthening security and cooperation in the Mediterranean region, adopted by Tunisia, Malta and several other countries.
Jerandi, on this occasion, emphasized the need to assess and activate the bilateral agreements concluded between the two countries and to work to strengthen them on the occasion of the Tunisian-Maltese joint commission. .
The minister also expressed the department’s readiness to put everything in place to allow the new ambassador to work in the best conditions.