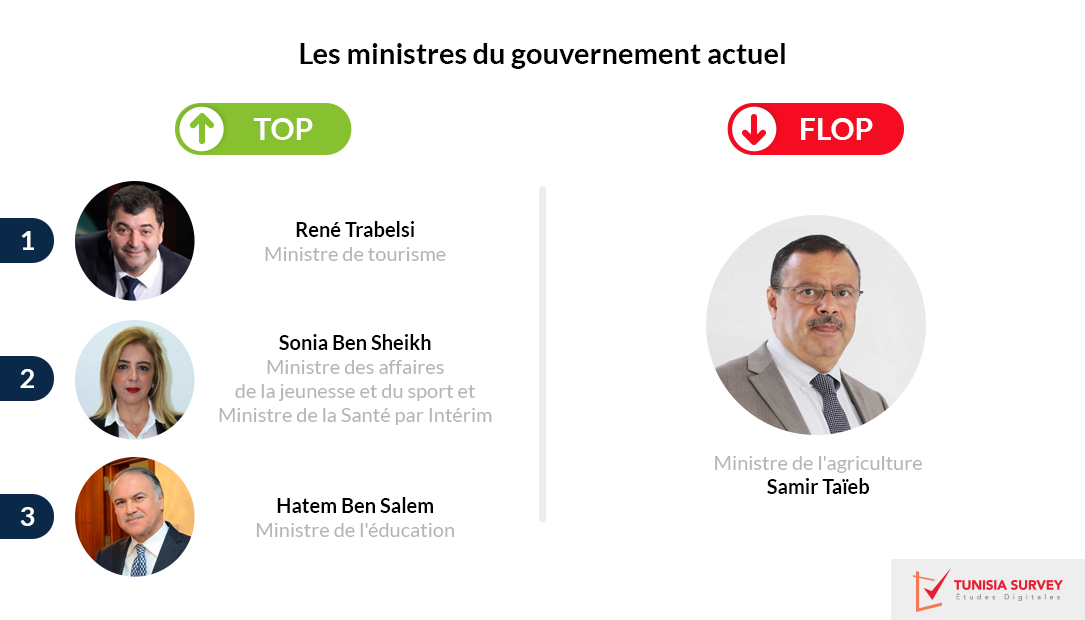 Tunisia Survey, a leading specialist in digital studies has just published the results of its newest online survey of the best and worst-performing ministers of the current government.

The survey was conducted between February 3rd and 10th. A sample of 1,373 people participated in the online survey.

Minister of Tourism René Trabelsi emerged as the winner of the survey and was considered as the best minister in this government by obtaining of 75.5% of votes. Interim health minister Sonia Ben Cheikh followed second in the class with 51.8%, Hatem ben Salem placed third with 32,6%.

Samir Bettaieb ranked in the bottom as the worst-performing minster by scoring 74,3%.