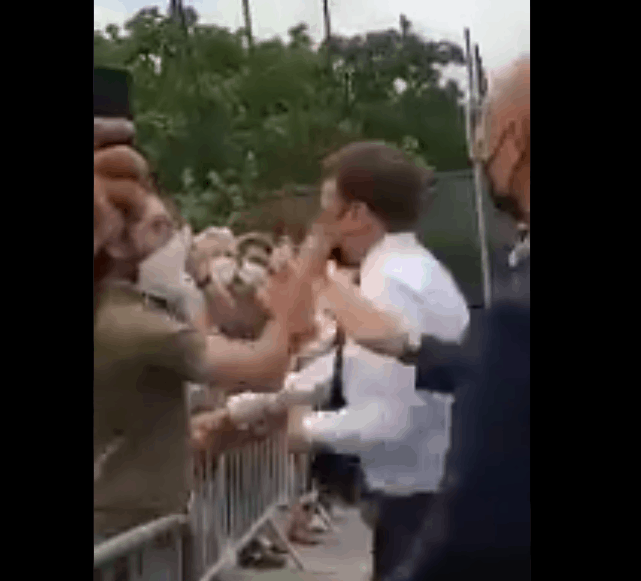 A video of French President Emmanuel Macron being slapped in the face by a man on an official visit has gone viral on social media.

In the video, Macron could be seen approaching people to greet them when a man stuns him by slapping in his face hard. Slogans such as Down with Macron-ism could be heard in the background.

The incident took place on Macron’s official visit to the south-eastern department of Drôme. Macron’s security personnel immediately took control of the situation and rushed the French president away from the scene.

Security forces have arrested two men in connection with the incident.